It was a labour filled weekend over at 20Skaters HQ. We had a hard push this weekend to get some new features in place for some organizers starting their winter games this week.

For organizers who have been running pickup for a while, most eventually collect some form of annual subscription from players. You pay me $x for the year and you can come to any game. This lowers the organizers risks and they typically have to pay for the entire season up front so it enables them to do that.

We now support this model. Our goal with these games remains getting each individual game to 20 skaters. We’re playing with a twist in this model where subscribed players get a chance at a rebate on a game they don’t attend. The goal here is to get you to tell us when you can’t make a particular game. Then we can sell your spot and get a sub to the game. 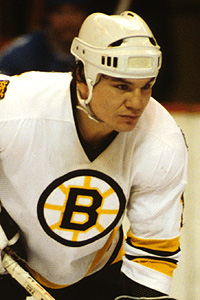 We’ve also added the ability to invite game subs in rounds. Most games have players they’d like to have first crack at a sub spot. Our organizers can now specify rounds of subs.

As regulars opt out of an upcoming game, 20Skaters brings in subs in rounds. Subs pay the organizer immediately. Organizer brings in more cash, games have 20 skaters, everyone happy..happy…happy.

If you organize pickup hockey and want to try us out, let us know?

PS…This photo of Stanley Carl “Bulldog” Jonathan was sent in as a suggested default player avatar. It skeers me, that’s all.