Last month we helped organize our first games in Oregon, specifically Eugene Oregon. That got us curious about the hockey scene in Oregon in general and Eugene specifically. Eugene is the second largest city in the state of Oregon with an estimated population of 159,000, which makes it just a bit larger than our home city here in Guelph, Ontario.

We asked our organizer Jake about the hockey scene and here’s what we learned.

There are 16 rec league teams with three skill divisions. About half of the teams in this league are apparently sponsored by local breweries. Those sponsorships often include beer for the team each game. Jake’s sponsorship includes four growlers each week for his team.

So a quick tangent here to peek at the beer situation in Eugene. This city has more than it’s fair share of beer and microbreweries. I’m starting to think a roadtrip is going to be required. 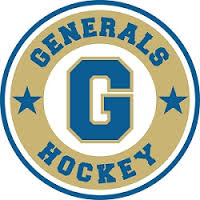 Back to hockey, Eugene has a tier three junior team named Eugene Generals. The University of Oregon also has a club team.

While our home city here in Canada sports eight busy ice surfaces, Eugene manages to survive with one. Their rink is a converted horse arena on the city fairgrounds. Previously called the Lane Center, it now goes by The Rink Exchange.

As with most cities, the age range for hockey and pickup play runs the gamut from 18 to late 60’s. Having grown up in a one rink town myself, I’m sure the hockey community is a tightknit one. We look forward to contributing to it in our own way by helping them run their pickup hockey. At the time of this post, every game we’ve helped run in Eugene has been a sellout!